He is working on his PhD thesis entitled “Numerical and experiment study on pounding damage of adjacent bridge structures to spatially varying ground motions and its mitigation”. He conducted large scale experiments on adjacent bridge frames to identify the effects of pounding on the response of the frames subjected to spatially varying ground motions. His research also involves numerical and experimental investigation on effectiveness of using pounding mitigation devices, such as restrainers, rubber bumpers, and friction dampers. He is also investigating on application of super elastic Shape Memory Alloy (SMA wires/bars on bridge joints and piers to reduce residual joint opening and residual pier deformations.

This research is geared towards examining the seismic performance of masonry infilled RC frame buildings considering both infill-frame interaction and soil structure interaction. A nonlinear analysis and performance assessment software ‘Perform 3D’ and a fibre-based finite element program ‘Seismostrut’ are employed for the numerical simulation. It is anticipated that this research would be highly beneficial to the engineering fraternities especially in the underdeveloped and developing countries where masonry infill RC frame buildings are highly prevalent.

The objective of the present research includes the development and validation of a three-dimensional finite element model of a precast concrete bridge structure undergoing cyclic loading. The bridge pier-foundation interface is unfixed, allowing the structure to develop a rocking mechanism as a form of passive isolation against earthquake loading. Ductility and strength demands are thus reduced, limiting damage and residual displacements of the structure. Validation is performed against existing experimental data, after which variations of the model may be utilised. These variations include exploring the feasibility of additional energy dissipation capacity in rocking systems, extending the model to a full bridge structure under seismic loading, and investigating the effects of pounding and spatial variation whilst utilising the rocking system.

Strengthening and retrofitting of existing structures with fibre reinforced polymer

Recent global terrorism activities and threats imposed prominent danger to the public infrastructures, and thus impact resistance design of structures have been attracted the research society. Fiber reinforced polymer (FRP) has been commonly used in the field of civil engineering for a few decays. This material can be utilized in improving the impact resistance of structures. It has been used in strengthening or retrofitting existing structures, or building new structures ranging from beams, slabs, columns, to walls. The use of FRP has been shown to increase the strength, stiffness, and ductility of strengthened structures. This use has now become popular worldwide because of the superior properties of FRP materials, which have high strength to weight ratios and are corrosion free. The understanding of structures strengthened with FRP under static loads has been comprehensively studied and presented in the literature. However, studies about dynamic responses of structures strengthened with FRP are limited. This project thus investigates the impact resistance of concrete structures and proposes new strengthening methods to improve their impact resistance.

This project is to study of the performances of existing structural envelopes (e.g. structural insulated panels, fabric and masonry wall) against windborne debris impacts. The testing results can be used for the assessment of the application feasibility of different structural envelopes in cyclonic or non-cyclonic area. Fragility curves of structural panels, accounting for various uncertainties and random variations of the panel and debris parameters, are generated and used in loss predictions of building structures in extreme wind events. Possible strengthening techniques have also been investigated to increase the impact resistance capacities of the commonly used structural panels. 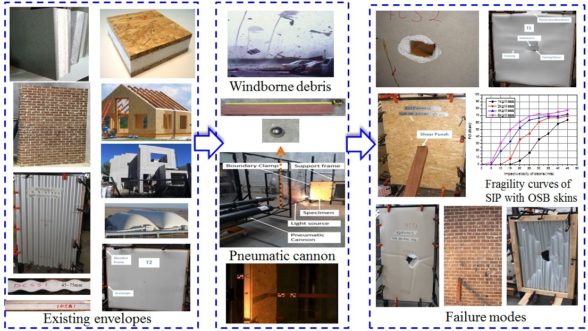 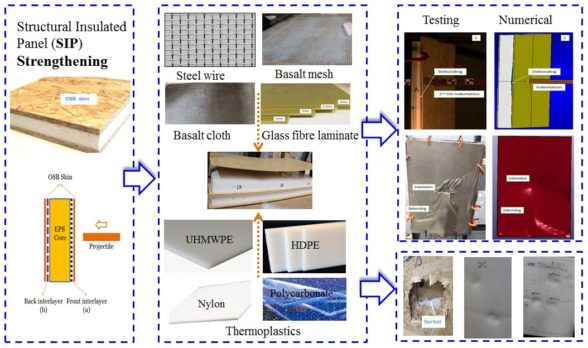 Using precast segmental concrete columns in structures improves the construction efficiency and site safety, leads to better construction quality control, reduces the construction cost, site disruption and environmental impacts. The performance of segmental columns to resist earthquake and blast loads is not well studied yet. As a structure during its service life might subject to such loads, understanding its resistance capacities is essential for structural safety. This project will perform experimental and numerical investigations to study the performance of precast segmental concrete column under earthquake and blast loads, and develop analytical and design methods for applications of such columns in building and bridge structures.

This research is focusing on the prediction of internal and external pressures for vented gas-air explosions in cylindrical tanks. So far, a series of experimental tests have been carried out along with corresponding CFD simulations. A simplified correlation has been derived to provide a more accurate and faster way than the up-to-date industrial standard- NFPA-68 to estimate the peak overpressure of a vented explosion. 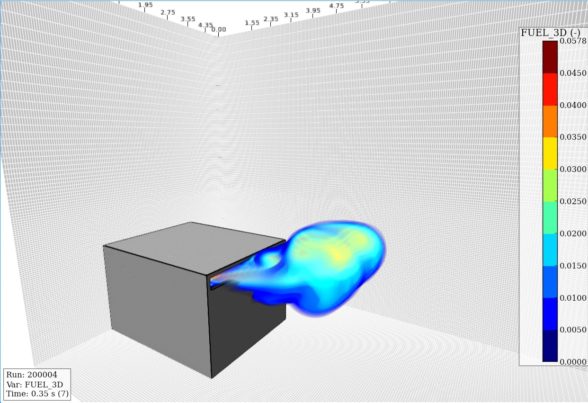 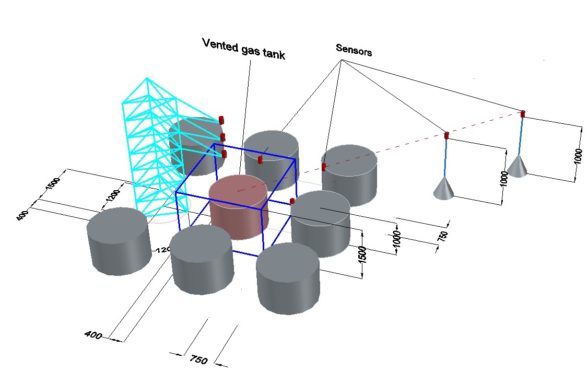 Modelling and simulation of concrete structure under blast loads 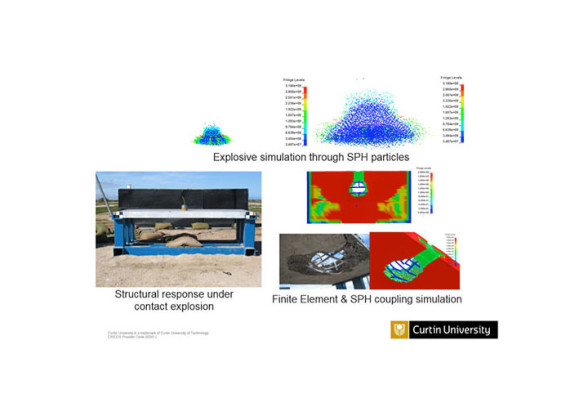 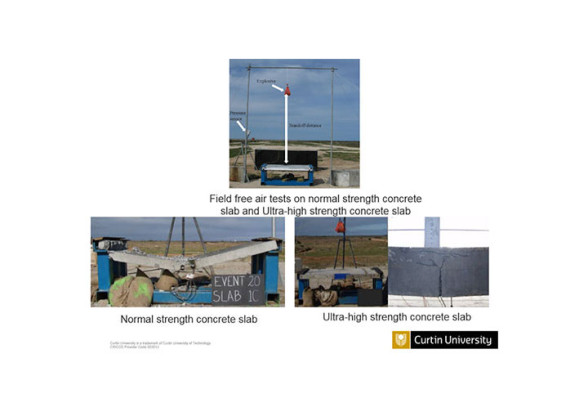 Investigation of fully and partially confined explosions, including High Explosive (HE detonations and fuel/air deflagrations. The main research objective is to study the frangible behaviour of roofs installed on fuel storage tanks in order to mitigate damage caused by accidental gas deflagrations. That is, the frangible roof provides a ventilation which is utilized to reduce the explosion load. As part of this project, a set of field blast tests is planned. As a secondary aim, Francisco is also investigating partially confined chambers subjected to internal HE detonations. 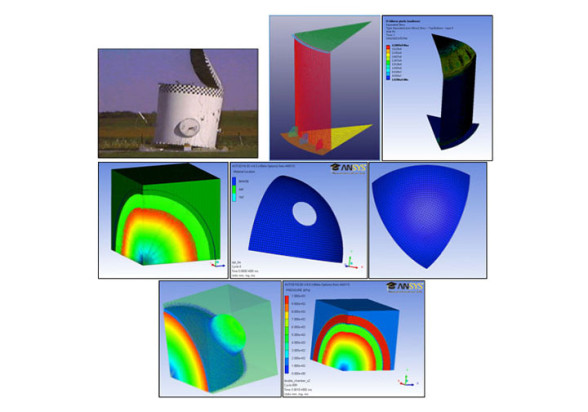 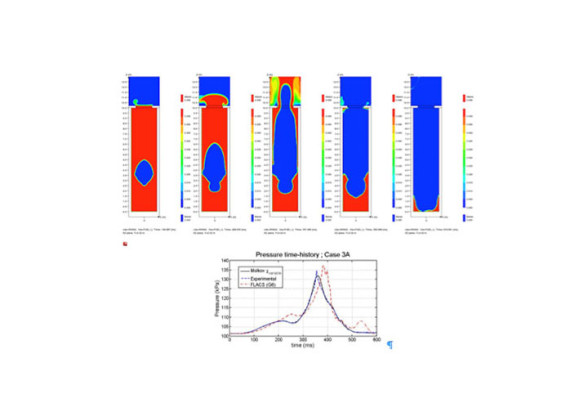 Common accidents associated with offshore platforms are fire, explosion and ship impact. Despite significant consequences such accidents might impose on structures and society, the design and analysis of platform structure response to such accidental loads, in particular the ship impact load, is based on oversimplified and highly idealized approaches. These simplifications may lead to inaccurate predictions of offshore platform response and thus inaccurate designs.

By building and calibrating detailed real scale FE models of ships and offshore facilities, the nonlinear structural response, energy dissipation, impact force, and deformation of both the platform and ship structures under high energy impact can be assessed more accurately. Such advanced structural analyses are fundamental to the development of consistent simplified methods and/or hand calculations that can be easily used in engineering practice.

Mechanical properties of conventional and innovative construction materials under static and high-strain-rate loadings, behaviour of structures under extreme loadings 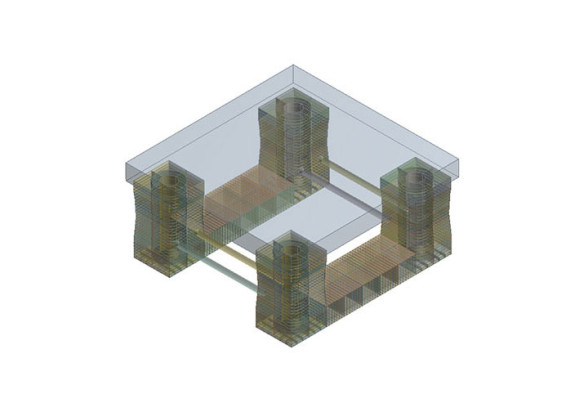 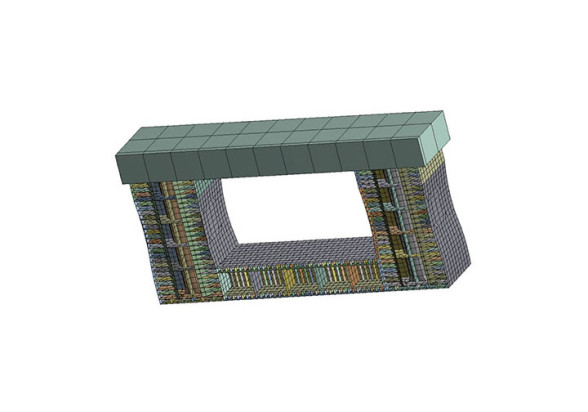 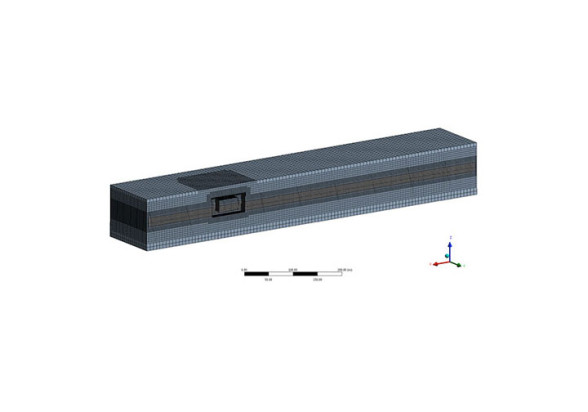 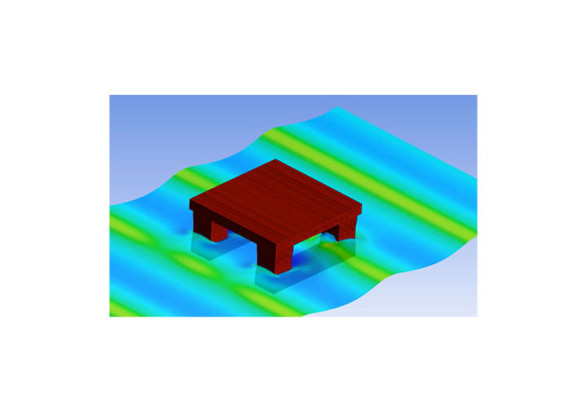